and
have become LifePlus. Our unified name, worldwide.

As a company of world-class educators, we grow servant leaders of outstanding character, competence and calling.

In 1980 two visionaries, Dr John Cragin (USA) and Dr Chan Kei Thong (Singapore), established an office in Hong Kong to do business in mainland China. The country, emerging from the impact of the Cultural Revolution, was entering an era of change with its Open Door policy. This was a time of economic recovery and opportunity for Western companies entering China.

Initially in Beijing and Shenzhen, later in Changsha, Tianjin and Qingdao, Cragin and Thong launched leadership training programs. Their skills were seen to be invaluable and there was high demand for the programs offered. Their passion for guiding others to learn, love and lead was captivating. These were the beginnings of what at that time was known as Management Technology International (MTI), a technology transfer company.

For nearly 40 years LDi and its subsidiary, International Schools Consortium (iSC) have nurtured and inspired the servant leaders of tomorrow. They have gone out to make a difference as confident and innovative world influencers and changers.

Today our name is LifePlus. Our focus is on schools, including an online Academy, and we continue to run leadership formation programs. LifePlus is a local brand with a global outlook and an international reach. LifePlus is all about worldwide learning.

To inspire learners
We teach

We help students, from pre-kindergarten to 12th grade, develop a strong sense of identity rooted in character and conviction in what really matters—a sense of vision for their lives, including how they are going to make their mark.

To empower schools
We consult

We consult in the strategic planning, design and implementation of Pre K-12 academic courses, curriculums, educational systems and processes around the world. We also advise in the field of higher education, with a particular focus on vocation and leadership development.

To cause breakthrough
We coach

Our accredited coaches walk alongside individuals in the field of education, facilitating breakthroughs in both performance and wellbeing. Our workshops equip educators to use coaching skills to develop co-workers in their day-to-day vocational context.

To grow servant leaders
We train

Through classes and courses, we help form effective servant leaders. People who go on to grow strong teams, achieve greater success, and become best equipped to make a difference in situations that excite or concern them most.

We are LifePlus, a company of world-class educators. We inspire learners of all ages to go and make a life-changing difference for the common good. As a global community, we are deeply committed to the people and cultures we serve as we deliver holistic educational services that grow servant leaders of outstanding character, competence and calling—for generations to come.

Starting life as MTI
Management Technologies International (MTI) is formed in 1983, with a training center in Changsha, China. Three years later, it provides education for 32 children in Tianjin as one of the first international schools in the country.

Serving China and beyond
MTI and LDi merge in 2004, and open a new corporate office in Atlanta, Georgia USA. In 2010, LDi sends a team to the United Arab Emirates to explore new opportunities in the MENA region. As a result, The WellSpring School opens in the UAE.

LifePlus Worldwide Learning
LDi and iSC grew organically over the years. But with that growth came complexity. So, in 2022, we became LifePlus. LifePlus takes us back to our core belief that lives are transformed through the power and gift of learning. 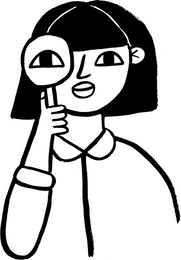 All our schools are accredited by Cognia, the largest education improvement organization in the world—demonstrating our commitment to learners, teachers, leaders and communities.